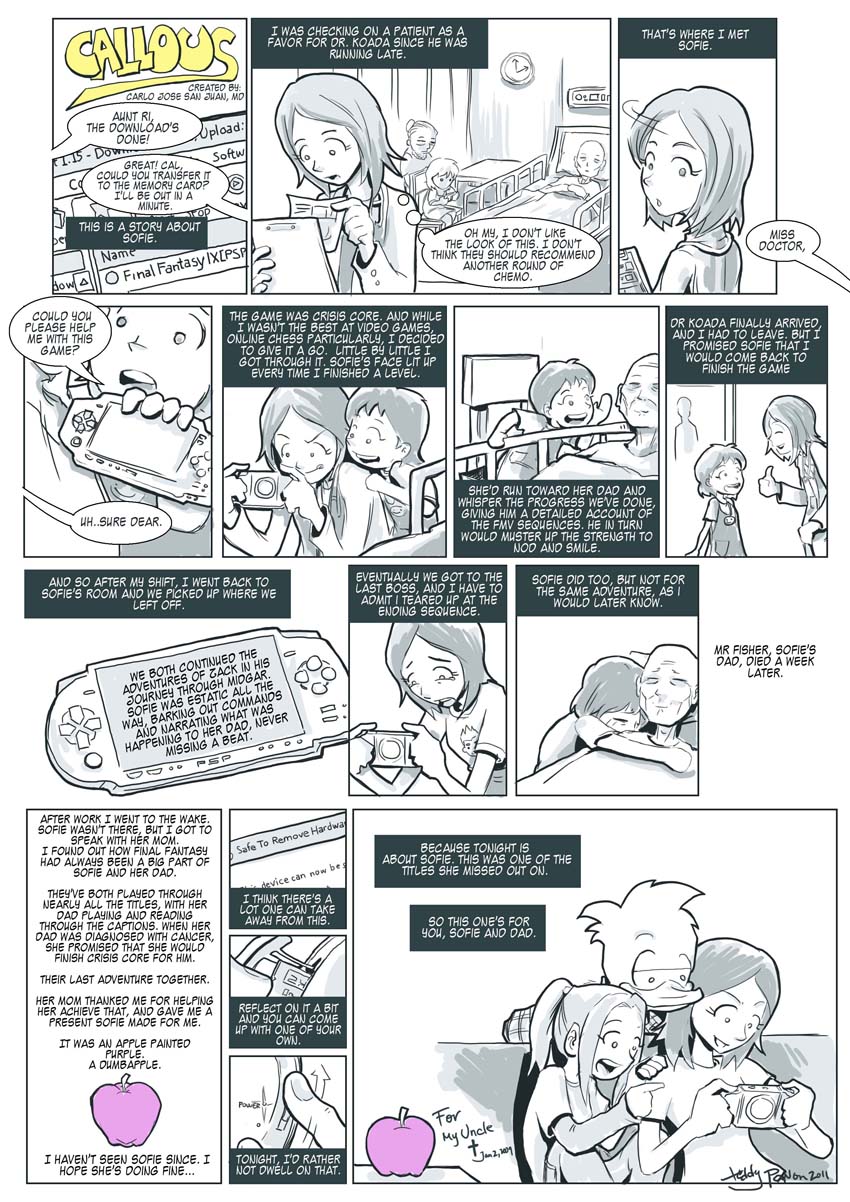 This guest comic is by Teddy Pavon, artist of the online comic series, Work in Progress!

I first met Teddy during the 2010 Metro Comic Con, where he and Work in Progress writer, Hub Pacheco, were going around the event floor handing out free copies of their series' introductory chapter.  I once again met the duo at Komikon 2010 when they released the printed first chapter of their comic (which I was fortunate to get a copy of as I heard they sold out fast).

Work in Progress is the story of Eli, a comic book buff, who finds himself struggling in the life-changing post-college world but never stops trying to seize the day.

You can find Work in Progress at http://wipcomics.com