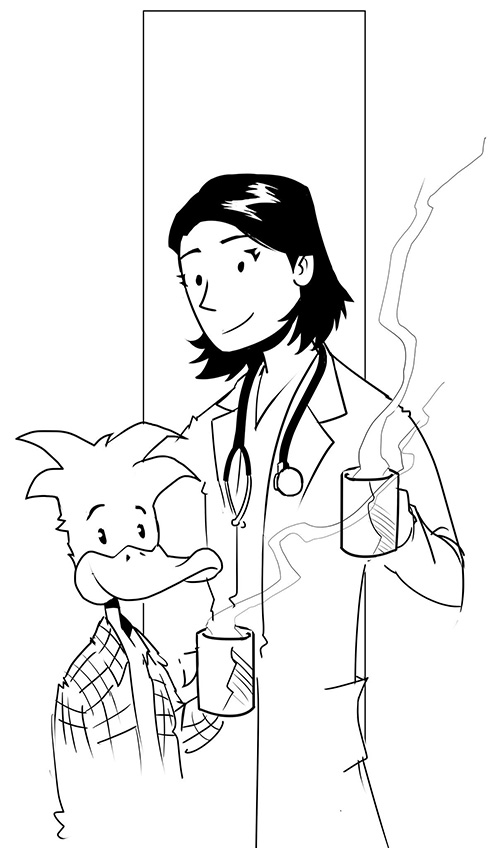 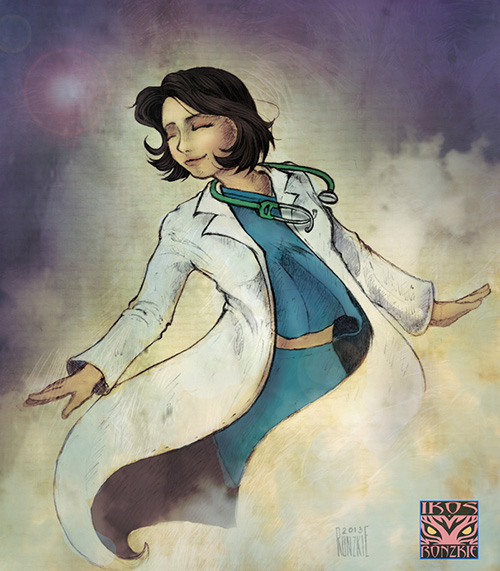 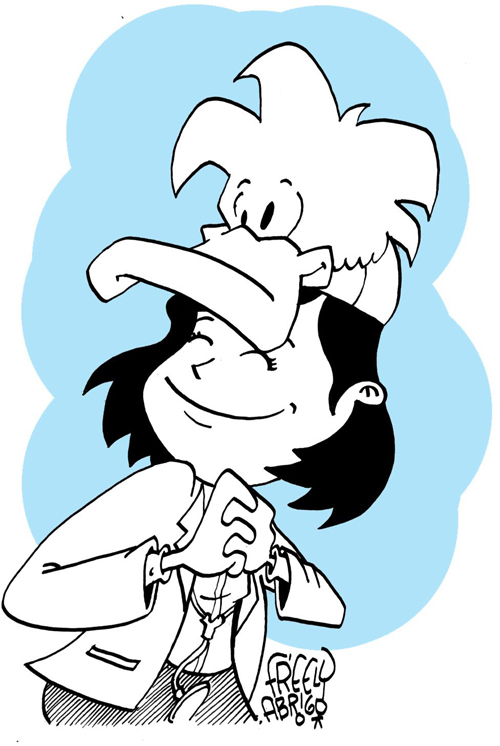 This delightful guest art of Dr. Rianne is by The Manila Bulletin cartoonist, Freely Abrigo!  Here she dons a Cal Duck hat, which is cute in itself, but what stands out to me is her expression of utter glee!  It truly makes you feel her joy while it has you wondering what in the world has her feeling so great.

Such is the talent behind such beloved comic series as Kulas and Kapitan Tog.  I am very honored to have Rianne taken form from Freely's drawing hand!  You can certainly appreciate the c...

Posted by Carlo Jose San Juan, MD on Wednesday, September 8, 2010,
This adorable piece of guest art is by Jess Warren, the genius behind the delightful Borked Planet and Smellabell!

Jess was the inspiration behind the unicorn Bel Bean rode down a rainbow in the storyline: The Land of the Guardians.  That says a lot about her cheerful personality!  Thanks so much, Jess!

Be a Borksketeer! Check out the cute characters of Jess Warren's Borked Planet! Also see what Smellabell is up to!

Posted by Carlo Jose San Juan, MD on Sunday, September 5, 2010,
This fantastic drawing of Rianne during her time in the Land of the Guardians is by Dustin Reese!  He is the great talent behind the incredibly entertaining and heartwarming comic, Plus One!

Dustin surprised me one day with this drawing in my e-mail inbox.  He said this was a quick scribble on his Wacom tablet and I think it came out great!  This is his rendition of a now classic frame from the "Lady from the Moon" comic strip from the Callous storyline, The Land of the Guardians!  Thanks Dust...
Continue reading ...