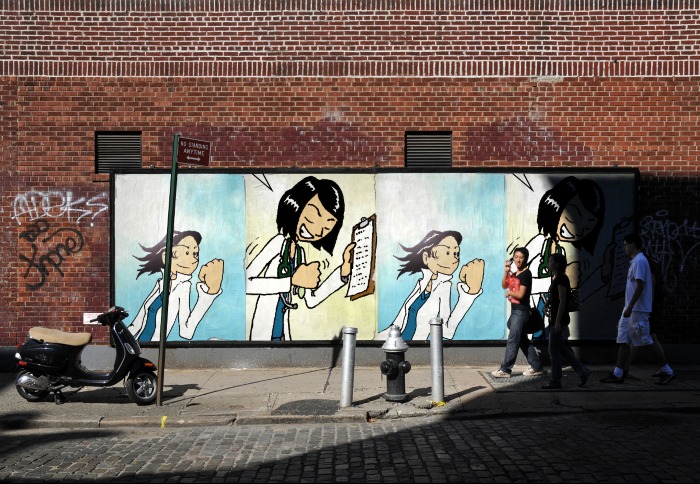 Hello everyone! I just thought I'd give an update on things.
First of all, my break from comics that started last October 2011 is over.  I realize I never got into the details of why I had to go on break.  Although the nature of my comic does deal with my other, more demanding profession, I do try to keep the two worlds apart, hence my reluctance to divulge such information.  I will say, however, that I did have to focus on an important task when it comes to my being a doctor, and it has turned out well. :)
Those of you who do follow the comic on a daily basis should have noticed that my update scheduling has been erratic.  That is because I'm in the process of moving to a new home and am producing comic strips in a makeshift setup that is far from my comfort zone.  This also explains my disappearance from Google hangouts and live streams.  It may take a few weeks to months for things to smooth over enough that I can produce comic strips comfortably.  In the meantime, I'm doing what I can when I can.
I was also fortunate to be hosted by Comicx Hub to man an artist table at the De La Salle University Comic Con.  It was nice to show up at my old alma mater and to the place where Callous Comics was born all those years ago. (Pics here).
I do have some things lined up when it comes to appearances and comic cons. So be sure to keep following me on Twitter and Callous Comics on Facebook.
And as for comics I'm hoping to launch a new webcomic soon. I'll be the writer of an upcoming series, this time in longform, with artist Pilar Esber.
And last but not least, THANK YOU to all those who contributed guest work during the break!  I received some that I couldn't post because I was too busy to do so but I'll be sure to feature them sometime soon! :)
Well, bring on 2012!
Next post: Coming Up: Summer...
Previous post: My Komikon 2011...