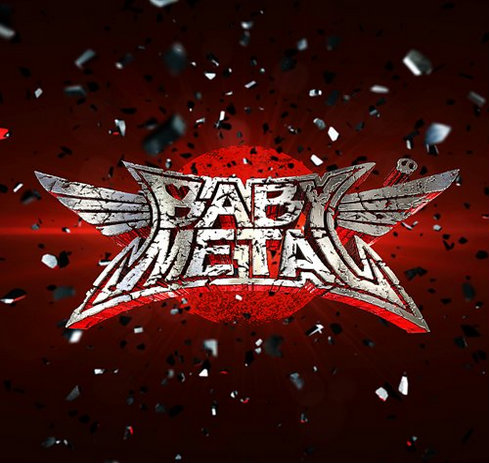 I talked about how much I admired the concept and theme of the band itself in my previous blog post, but how good is their music?  That's what it should be about, right?  So here, I review their debut album, the self-titled BABYMETAL.
The titular trio are SuMetal, YuiMetal, and MoaMetal.  The first of which is the band's lead vocalist while the other two are the resident "screamers".
The group, no doubt, is a genre-mixing monster.  It can become a bit jarring once you get to some of the abrupt breakdowns in some of the songs.  However, there's an undercurrent of absolute fun in them which should, in my opinion, soften even the harshest critic somewhat.  Indeed, this is what the entire album is about, the raw joy of youth and, in a certain light, the precipice to adulthood.  But that doesn't mean there aren't moments of bonafide genius in it too.
That being said, I have no reservations in calling this a heavy metal album, genre-mixing notwithstanding.  That's in large part due to the astounding work of the musicians behind the titular trio of living anime pop-star heroines.  People may scoff at the overarching effort to make metal this mainstream but I applaud the success in producing something nearly all ages can enjoy.
Still, this isn't an album everyone will like, and that's fine and perfectly understandable.  If you aren't a fan of heavy metal and/or J-Pop, then this probably won't appeal to your taste.  Nevertheless, to those who have a liking to such things, it's daring, inventive, and utterly delightful.
As for the songs, the album is a collection of previously released singles and some new stuff as well.  Considering they've been at this for a couple of years or so, some songs do feel dated while others are noticeably fresh. Let's get down to the individual tracks, shall we?

Overall, this album is just a joy to listen to.  Again, it's not for everyone, but if you're even slightly inclined toward such music, this stuff is at the very least an interesting listen.  I, on the other hand, think it's amazing.