"Oh, what luck!"
There really isn't much to say about this as it is just a play on words.  It all pretty much started with me wanting to draw Rianne eating ice cream and it went from there.
But followers over on the page on Facebook would probably remember this comic strip as the one where the original art encountered a nasty coffee spill.  Thankfully, my digital editing program cleaned all that up after scanning.  Hit the link to see the culprit behind the spilled coffee!
...
Continue reading ...

Hey everyone!
It's August 1 and not only are we returning to a six-a-week update schedule, we're also beginning the week-long countdown to Callous' 17th anniversary!  Today we'll be featuring some guest art and comics that had been submitted in the past that had not yet been shown here. 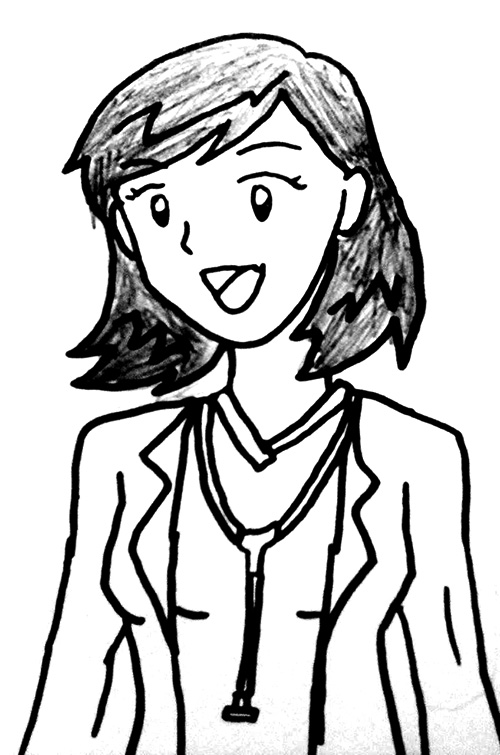 This awesomely cute drawing of Dr. Rianne Nicah is by Florencio P. Jusay, Jr. (KRISIS! Komix)!  This was actually submitted way back in late 2011 when I was...