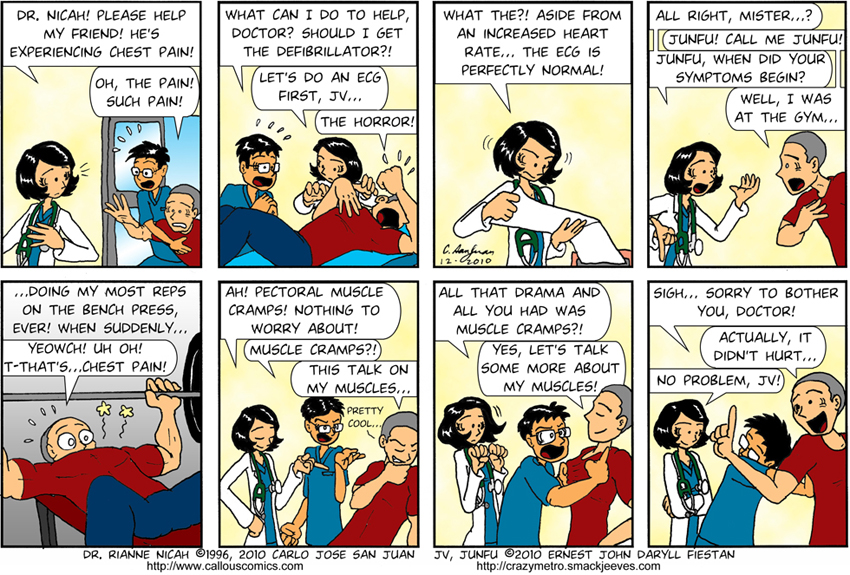 Ernest John Daryll Fiestan, author of the splendidly rendered Crazy Metro comic strip series, has produced several guest comics for Callous Comics in the past.  Check them out HERE, HERE, HERE, and HERE!  He even made THIS fantastic piece for the 2010 Holiday season!

Crazy Metro has a nice set of characters and I figured I would try my hand at making a crossover comic as well!  I gave Ernest this comic strip several days ago but he insisted it appear here before he posts it anywhere else.

This was supposed to be posted around the second week of 2011 but I figured I might as well do it now. :)

Thanks again Ernest!  And check out Crazy Metro and all its craziness!