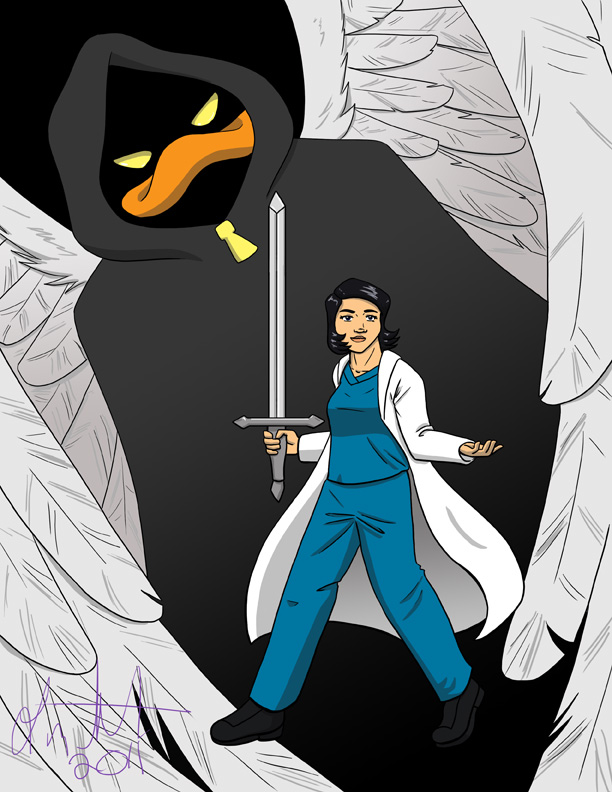 Adrastus is a rockin' comic which is a sort of homage to the campy Japanese TV "mystical giant robot" genre. There's not much like it out there and recently it has been picking up a lot of steam!  So go check it out now!

I first ran into Liz on Twitter, then again when she signed up for the 2010 Webcomic Secret Santa Exchange, and was pleasantly surprised when she co-hosted my interview on the Two Guys Talking podcast!  Thank you so much for this great artwork, Liz, and for joining Callous Comics' 15th anniversary celebration!