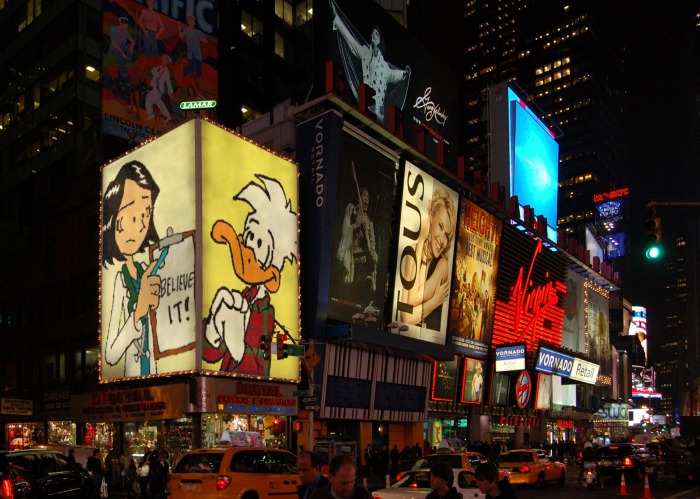 I'm fairly new to the online comic scene.  Although there have been Callous comic strips online since 1997 (Angelfire, Geocities, and Tripod were among the previous hosts), I hardly ever explored other comics in the internet at that time.  Furthermore, it seems that online comics, or webcomics, have only truly flourished in the last few years or so with internet access and reasonable bandwidth becoming more accessible to the everyday person around the world.  Paperless (digital) content is quickly becoming more and more popular and gadgets allowing consumers to access such media are becoming more mainstream.  This trend makes webcomics more relevant to the casual surfer.

Unfortunately, this requires the common struggling comic strip artist to become something more than what they usually are.  They need to learn web code.  Back in the day, I forced myself to learn HTML code to program my Angelfire page.  Websites have become far more complex now.  I entered a stage in my life where learning these new kinds of code just wasn't practical.  At one point, I gave up.  Updating a website with comics was a tedious chore that I had very little time for.  Then recently I encountered Yola.com which provided free website hosting and an incredibly easy user interface to design and update sites.  This allowed non code-savvy artists like me to finally dive into the webcomic fray.  Of course, if you had the money and resources, you could outsource for people to do all this coding work for you just the way you want it (free hosting sites are usually limited in design options).  But I don't.  There are a lot of similarly user-friendly hosting services out there, by the way, but I'm happy with Yola.

Once I had my site all set up, I needed to do get people to read it.  Callous was fortunate to have a small following which I was thankful for.  But new readership, of course, was an inevitable goal.  Which leads to another thing a comic strip artist usually isn't, at least not initially.  One has to become good at marketing.

Online marketing, Search Engine Optimization, and other such terms were foreign languages to me.  Fortunately I arrived late enough in the game to find great tips on promoting a website and online comic with a simple Google search.

There are enough free online tools to promote your site and comic series if you're creative enough.  I have not paid a cent for advertising (though I might in the future).  But my research on promotion led me to many webcomics with working business models, arguably most notable of which is PvPonline.

More importantly, I found an enormous wealth of comics in the internet.  Far more than what I anticipated to find back in 1997!  And best of all, they're free!  At least I have yet to encounter a webcomic which charges you prior to reading it.

In a future blog post I'll link to my favorite webcomics out there.  Hopefully you'll enjoy them too!