A Comic By Any Other Name 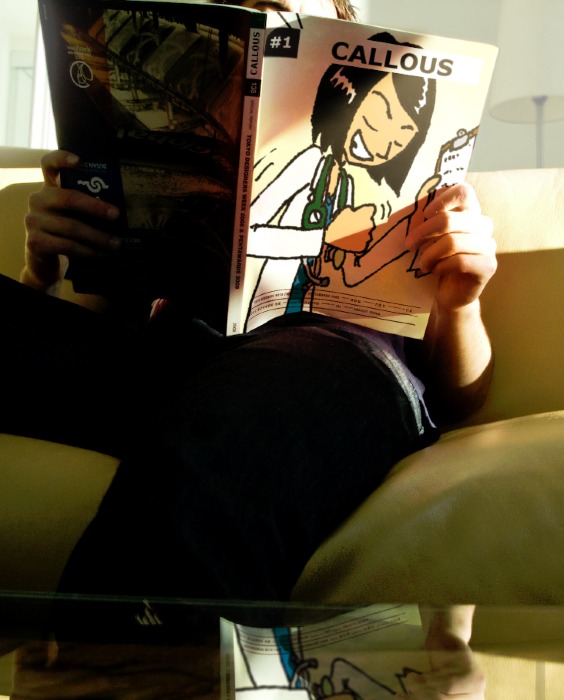 I'll be the first to admit that considering the content of my comic series, Callous is not exactly the perfect name for it!  The title has little to no relation to the comic series itself!  Nevertheless, I stuck with it. Truth is, much like naming your dog something silly like, "Cat", over time it does become endearing.

In July of 1996, I was a fresh face in my university's student newspaper.  I submitted my first comic strip as a new artist in the staff.  That comic strip didn't make it to print.  Oh how I envied my fellow artists who were having a grand time having their comic strips published in wide circulation!  I then worked on the August 1996 comic strip.  When I began to hear that my submission was making it to print, I was informed that there was one small problem... my series had no title!  Back then I knew how important a series title was and I wanted it to be PERFECT.  It had to be clever, bold, simple, daring, and of course, able to describe my comics fully in one word.  I had thought about it with no clear conclusion for about a week when my editor came up to me and asked for my series title.  He was in a hurry so I needed a title immediately.  I picked up a nearby dictionary and let it fall on a table spine-first.  The cover and pages unfurled themselves and the first word I saw was Callous.  I immediately informed my editor that my comic series was going to be entitled "Callous".

There are a few reasons why I decided to keep the title.  First and foremost the name by now has a place near and dear to my heart.  Second,  thanks to being published in my college and medical school student newspapers, the series does have a small following.  If I were to change the name, there might be some confusion and I would lose precious readers who have stuck with Callous since its early days.

So, for better or worse, I'm sticking with "Callous".  Hey if Peanuts could do it... right?

This is, of course, against conventional cartooning wisdom.  Check out the following article!Do' and Don'ts of Naming your comic and choosing a URL.

Tags: name  naming
« Back to posts